Number of days of mycelium growth?

What happens during mycelium growth in the compost?

There is a simple answer to what the optimal time for colonisation of the compost is. The compost is fully colonised at the moment that activity decreases. The precise length of time this takes varies per system, season and type of compost. Generally speaking the optimal time is 16 to 19 days, but there are certainly also exceptions.

If the compost is colonised in the growing room, it is left there so the mycelium stays intact. This is a big difference compared with compost that is incubated in a tunnel. The compost in a tunnel is white because of the mycelium, while compost that is filled into a growing room is reddish-brown. There is hardly any mycelium to be seen, but it is present in the compost. If this compost is filled into a growing room, the broken mycelium threads fuse together again and grow. This creates a lot of activity.

The longer the better?
To a certain extent, compost that is colonised and then has to wait a long period before anything is done with it becomes ‘lazy’. It shows low activity, which can lead to over-excessive mycelium growth. The compost no longer absorbs moisture, so not enough water is available for the mushrooms. The result will be a lower yield in the second flush. 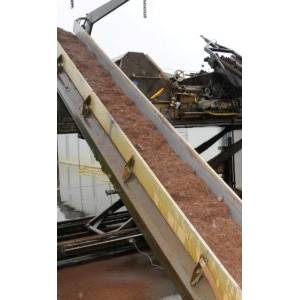 Mushroom Office is due summer holidays closed from